The businesswoman Grażyna Kulczyk intends to establish her own museum in Warsaw to which she wants to donate her collection of art, considered by many, as the most valuable modern art collection in Eastern Europe.

Her art collection features over 600 works by Polish and foreign artists, including Wladyslaw Strzeminski, Tadeusz Kantor, Roman Opalka, Antoni Tàpies, Anselm Kiefer, Joan Mitchell and Andy Warhol. It is estimated to be worth at least 100 million euros ($106 million).

Many of the works have been exhibited over the years in Poland and, last year, an exhibition “Everybody Is Nobody for Somebody” was presented at the Santander Art Gallery in Madrid.

Ms. Kulczyk, whose wealth is estimated by Forbes at 1.7 billion Polish zloty ($422 million), said that she was ready to invest over 700 million Polish zloty ($174 million) in establlishing her own museum. She said she would like the museum to open on the centenary of Poland’s independence in 2018.

Ms. Kulczyk finances the construction of another museum in Switzerland where she plans to showcase Polish artists, has been fighting to create a space for a permanent exhibition of her collection in Poland for years.

Initially, the museum was supposed to be built in her home city, Poznan, but the local authorities rejected the offer, Ms. Kulczyk now hopes to convince the authorities in Warsaw to accept her offer. 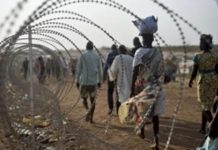