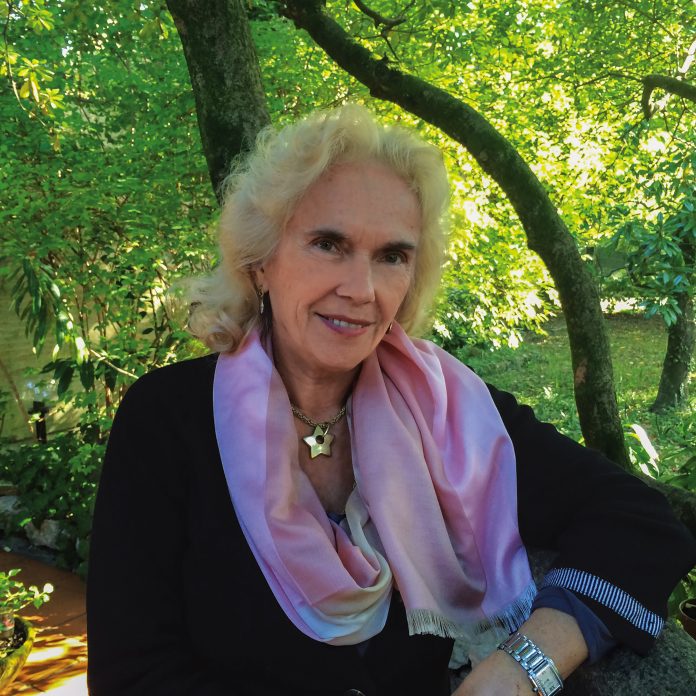 Ewa Denikiewicz-Piacentile – although for over 40 years, she has been living outside of Poland, promotes Polish culture and the attitude of entrepreneurial women in Poland and abroad in a very positive way. She supports the Polish community in Italy and in the United States, serving as the Vice President of the Polish-American Chamber of Commerce of Florida and the Americas and the President of the International Institute of Polish Culture in Padua.

She was born in Kraków where she grew up and graduated from primary school. Then, she went with her parents to Ghana, where her father worked as a doctor. He spoke German, so the family was placed in a small town – Sogakope, where Germans were building a bridge over the Volta River.
‘The first year, I virtually lived in the bush,’ recalls Ewa. ‘There was only one high school there. Science subjects were taught by teachers from Moscow. The level was low, so I went through the Polish school program at home with my mother. I  returned to Poland for the last year of high school and it turned out that I spoke Russian better than my schoolmates.’
After graduating high school leaving exam in Poland, she went back to Ghana and then went to the United States where she lived with her parents. She planned to study medicine, however, this turned out to be impossible. Fortunately, she was admitted to a medical school in Padua without any problems.

At that time, Americans believed that there is no place for women in medicine,’ she recalls. ‘I did not understand this as women in my family had always worked. My mother was a lawyer and my aunts and cousins were doctors. Hence, my only chance to study medicine was in Padua.’
Her parents stayed in the United States and she went to Italy by herself. It was not easy for her. When she wanted to call her parents, she had to wait for hours for the call, which was very expensive. Back then, there were no mobile phones.
‘However, my studies compensated for all of this,’ she adds with a smile. ‘And that’s where I met my husband, an American, who was also a medical student. He returned to the United States earlier and I joined him after graduation. We both had jobs, we were planning to buy a house, our daughter was born… But one day, we came to the conclusion that we want to live in Italy. So we came back. I completed residency in dentistry and opened my own practice’.

When someone, who does not know her, asks where she is from, she does not think long.
‘This morning I woke up in Kraków, so I am from Kraków,’ she explains. ‘But my home is still in Padua. Home is also in the States because my mother lives there. My home always remains where my mother is. In Kraków, I am renting a small apartment. It’s cosy and in very good location, near the Słowacki Theatre, next to which I grew up. As I  recall, it use to be a huge playground, but now it is a complete desert. At that time, all the children who lived in the city centre were playing there. It was very nice. Many noble people grew up there.’
Recently, she is more in Poland, she works here and in Italy. Lately, she has been interested in working on the so-called second opinion. In the United States, many physicians are glad when a  patient asks for a diagnosis and consultation with another specialist. In Europe, including Italy, this kind of situation is considered difficult by the doctors. ‘I don’t know why,’ she expresses her surprise. ‘After all, it’s nice to hear from another doctor that they agree with you or that they already had a similar case and therefore have more experience. Additionally, in this kind of a situation, the responsibility is shared between two specialists. I am now a patient myself, I am fighting cancer and I would like doctors, both in Italy and in the United States, to be able to guide me together. It was not easy, but now is much better. Nevertheless, it is necessary for me because I want to travel and be able to visit my mother.

We created a family with Polish-American traditions in Italy

In the home of the Piacentile family in Padua, two or even three cultures have always mixed, i.e. Polish, Italian and American cultures. ‘My daughter Kasia is already an adult. She married an Italian and they have a four-year-old daughter,’ she says.
‘In our house, on the Thanksgiving Day, there has always been turkey on the table. On the other hand, Christmas Eve is prepared in the Polish way. Traditionally, there must be Christmas wafer, uszka (traditional Polish small dumplings), fish and other meals. We used to spend our holidays mainly in Poland, at least two weeks. We tried that Kasia could play with children of her age. Thanks to this, our daughter learned the Polish language and she speaks very well. When she went to kindergarten, she said that she was half Polish, half American and half Italian. She wasn’t Italian, but she wanted to be as this was the nationality of everyone around her. I think that the international background and upbringing gave her a different perspective into the world. Kasia has a very good work, which was her dream job. She is a maxillofacial surgeon. She operates on small children with cleft lip and cleft palate. She is really very good at it.’
Since the family of Ewa’s daughter is open to the traditions of the countries with which she is connected to, they cultivate various customs. ‘Kasia and her daughter celebrate American Halloween,’ says Ewa. ‘It’s a great entertainment for children. However, the next day if they are in Poland, they both go to the cemetery because it is All Saints’ Day. It’s an integration of two different traditions. The children do not consider this to be unusual.’
Padwa, where Ewa’s family lives, is a special place for Poland. It’s a university town, centre can be visited on foot. This is the place where Nicolaus Copernicus used to live and study. On Prato della Valle, the largest square in the city, among 78 statues commemorating historical figures, we can see two Polish kings, Jan Sobieski and Stefan Batory. In the Basilica of Saint Anthony of Padua, there is a Polish chapel. On the other hand, in the cathedral – Duomo , you can see stained glass windows made by Professor Ryszard Demel, a soldier of the Second Corps of General Anders’ Army, who devoted 10 years of his life to make them using the unique method of refraction. They consist of 27 thousand colourful glasses (I  recommend watching the video on Youtube Le vetrate al Duomo di Padova). In one of the university rooms, you can see portraits of 40 of the most important scholars who have been studying or lecturing. Seven of them are Polish. They represented significant Polish contribution to the activities of the University of Padua.

You can praise the name of Poland in different ways

During her studies in Italy, Doctor Ewa Piacentile was already active in her society.
‘First, I was helping in the Polish film exhibitions organized by the Consulate’ she explains. ‘Then, there were art showes, iconography and sculpture as well as cultural meetings.’
Afterwards, there came the times of political transformation in Poland. The Polish community in Italy, including Ewa, actively helped the national opposition. ‘During the communist era, when Solidarity started to be active, we collected provisions and sent them to Poland,’ she recalls. ‘After that, I got engaged in helping people who emigrated to Italy together with their children. They needed support because it was difficult for children to adapt to the new education system. I also actively participated in the creation of Polish language schools in Italy and created the first Polish social school in Padua and supported organised anothers. I helped Polish children, who were adopted in Italy. As the President of the AIPP and the Polish-Italian Association in Padua, in cooperation with the Jewish community and the city municipality of Padua, we prepared a touching exhibition on the Auschwitz-Birkenau camp. There were over 400 people at the opening.’

Doctor Piacentile is the founder of the International Institute of Polish Culture in Padua. For several years, she has been representing Italy at the KOP (Kongres Oświaty Polonijnej), of which she is one of the cofounding members. Ewa’s last organisational activity in Poland concerned the ‘Go Americas’ congress in 2016, which took place in Kraków. It was organised for Polish companies, to help them enter new markets. ‘We plan to organise the next congress in Warsaw, at the end of May. It will take place during the large China Home Fair Show event,’ says Ewa. ‘Poland has been a logistic partner for many countries for several years now. I am very proud of that.’ It is not the only project of this kind that she is considering. This year she plans to organised together with CIC a medical congress in Kraków. It will be a very important international meeting, where the best scientists from all over the world will be invited. It will be an important event especially for Kraków and Universities.’

Health is the most important thing right now

For past few years, she has health problems. ‘The disease has opened my eyes to many things,’ she confesses. ‘The possibility of staying in many places in the world allows me access not only to traditional medicine, but also to alternative medicine. Although there are doctors who can help us everywhere, we also have nature whose benefits can be helpful.
She would like to returning to Africa, but knows that this is not possible because of the level of medical care in Ghana and very high risk. Lately, she would like to go to Florida, where she could enjoy the local sun and the wonderful seaside climate. Despite serious problems, she still wants to help others, however…
‘I would like to be in better health,’ she says with hope. ‘If there is good health, there will be everything and the rest will come herself.’ 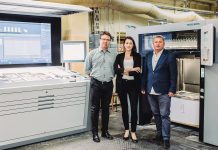 The One Who Stole the Show

“What you hear on the Thames?”