Tomasz Jagodziński, the director of the Sports and Tourism Museum in Warsaw,
had to come a long and tough way from the electricity assembler to the distinguished sport journalist, senator and the social activist. For his effort and spectacular results he has been awarded with the title of Leader by vocation in the categories Leader in sports journalism and Leader in culture management.

OUT OF PASSION FOR SPORT
– I didn’t learn reading from the elementary book because at the age of 5 I came across „Sports Review”. One of the neighbours gave my mother a package wrapped up with that
paper, and I learnt the first letters from it, with a flushed face. – Tomasz Jagodziński smiles and tells how his passion for sport and sports journalism was born.

Already in the beginning of his school edcuation he looked for that paper in the newsstands. It was published in small quantities. It cost him a lot of sacrifices and stubornness to get a subscription.

He read it with great enthusiasm to learn about the world and sports events. He was particularly interested in successes of the football team Górnik Zabrze, which at the end
of the 60s started winning with the best teams in Europe, and in 1970, when he was 11, it played the finals of the UEFA Cup Winners’ Cup. He fell in love with that team completely
and he still supports it.

– I played football, but unfortunately I had to resign from it, because I had long working hours as the electric assembler in a brown coal mine and I also studied in the evenings at
the technical high school. – he tells about his early youth. Unexpectedly, he became the hero of the television programme „Tournament of dreams” which was on air in the popular
Studio 2 of the Polish television. The speaker there was Bogdan Tomaszewski – the legend and symbol of the Polish sports journalism. Then Tomasz Jagodziński revealed in
public that he would like to become a sports journalist and step by step he made it happen. In school times he ran his own sports chronicle. He cut out from papers the sports stories andhe pasted them in a notebook. He also noted down the scores of games, he wrote about sports events. He was extremely happy when he found out that he, a boy from Bełchatów, was admitted to the faculty of Journalism and Political Science at the University of Warsaw, where candidates did not only have the best grades on the final certificate, but they also had well-known parents. His effort and passion were appreciated!

REPORTING SUCCESSES
The first steps in journalism he had on the radio show „Welcome to the Third Programme” of the Polish Radio. His boss was the late Andrzej Turski, the excellent journalist, also the
host of the Panorama tv news show. He got experience from his master. However, he still dreamed about working for the press agency. This dream came true quite soon, as already
in the first year of his studies he won the journalist position for „Sports Review”, although it was forbidden at that time to employ students.

Already in the beginning of his work he was sent to a conference of the Polish Association of Badminton. Initially, he resisted to this idea, because he wanted to become a serious journalist, writing reviews from football first-league games, and not the master of badminton. – I did my job, and I came back from the conference thrilled – Tomasz Jagodziński explains. – I found out there were amazing people playing that sport, and you could get both emotional and relaxed when watching those games. So I became really involved with that sport. He wrote long reviews and interviews in „Sports Review”, which made badminton very popular and it was finally included in the list of Olympic games. The federation appreciated the involvement of Tomasz Jagodziński in popularising this sport and he received the Gold Medal as the Activist for the Polish Association of Badminton.

He also worked as a television journalist, he hosted his own show „Sports Stars Today” on Polonia channel of the Polish television. In 2002 he became the vice-president of the Katowice Polish Radio, where he worked until 2006. In the meantime he developed other skills.

A WIDE RANGE OF EXPERIENCES
Tomasz Jagodziński was also active on the political scene. In 1991 at the age of 33, he became the senator as the independent candidate representing the voivodship of Piotrków Trybunalski. Later he joined the Polish People’s Party.

He also held the position of the press spokesman for the Polish Association of Football. He was a candidate for the president of the that association. In 1993 published a book „Don’t mess with me, smarty” about affairs in the Polish football world. He also was the member of the supervisory board of GKS „Bełchatów” SSA. All these experiences led Tomasz Jagodziński to take over the position of the director of the Museum of Sports and Tourism in Warsaw.

NEW ACHIEVEMENTS AND GOALS
The Museum of Sports and Tourism was established in 1952. It has the exhibits from the prehistoric to modern times. The most interesting exhibits are the spear arrowhead from the ancient olimpic games that has over 2700 years, a foldable canoe used by Karol Wojtyła and the collection of seventy one olympic medals won by the Polish sportsmen.

– We are the only musem of sport in the world which has the original collection of over two hundred exhibits from sports tournaments and Olympic games held during the Second
World War – explains the director Tomasz Jagodziński. – Moreover, we have unique in the world collections from the beginning of the Polish sport and tourism, we also get medals
and other trophies from the contemporary champions. Thanks to the active efforts the Museum of Sports and Tourism in Warsaw has been admitted under the elite programme of
the International Olympic Comittee – Olympic Museums Network. The Museum invited many unusual guests, among others Bruce Willis, who was really surprised that the Polish
olimpic champions give their medals to the museum.

The instituion has its headquarters at the Polish Olympic Committee, while Tomasz Jagodziński decided to build own place. According to the zoning plan of Warsaw the new
headquarters will be erected near the National Stadion. The director also reveals that he might be running for the position of the president of the Polish Association of Football in the
next voting. We hope his plans will come true! 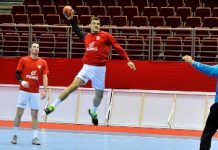 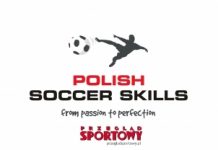