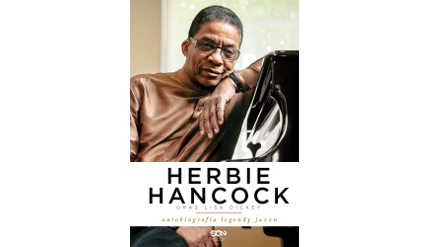 I have just finished reading Herbie Hancock‘s autobiography. I have many books of this kind in my library, it is difficult to point out the best one. Certainly, musicians are much more descried thanks by them than by their music. Although each jazzman‘s record is, in a way, a chapter of his biography, only some listeners if his music are able or interested to find out information about the artist from his works. To get to know someone in full dimension means to know his improvised notes, which disappear forever in the sole moment they were performed if not the presence of microphones. It means to know his notes, written on paper, to know his opinions and judgements about many matters.

Musicians in their autobiographies often do a sort of catharsis, they reveal their unknown sins, and concealed details of their life. When all of that- words and music -we put together, then we can admit to possess some knowledge. Yet the eternal question- letters or notes? Pronounced words or played music phrases? What better informs us better about an artist?- that question let us leave unanswered. It is the best when they are complementary.

Autobiographies – comparing them to performances – are like solo concerts. They require particular concentration. The artist is alone on the stage, he does not accompany anyone, he doesn’t add accords, rhythm or the bass line, he solitarily narrates. Jazz can have different faces. Repeatedly I was dancing with music of Count Basie, I was praying with John Coltrane, I was crying with bluesmen and wholeheartedly smiling towards the Armstrong’s vision of wonderful world…  This time I adore the intellectual perfection, openness and technical inquisitiveness- features this man was able to put on his staves.

Hancock keeps chronological order in his narration. The ntire book is marked with the brace of „false” note in the accord, a note that only in creative jazz can turn into new meaning – once we deal with artists of the stature of Miles Davies or Herbie Hancock. It is not all about the music alone Hancock persuades us that everyone, even clumsy act of our life can be reinvented and transformed into something, which will give further meaning to our life path.

He writes in his own manner- objectively, with distance – he admits himself he has faced problems with egoism and empathy, with ex pressing his feelings. The book describes details of his career as well as intimate details, little parts into which he has deconstructed himself as a technician- passionate. He exposes himself talking about mental illness of his mother and how he chopped off by words dreams of his sister, about the fear during earthquake and metaphysical experience during concert due to passing away of his fan on another continent.

The pianist takes us to the incredibly interesting trip into his life and music. It is not a virgin trip in my case. I know very well the prison perturbations of Angela Davis, massacred corpse of Emett Till, stories about hotel Alvin, where Lester Young, Paul Chambers and many other jazzmen used to live. I heard about raised fists of sprinters during Mexican Olympic games and a about the southern quarter of Chicago, where young Hancock was growing up and becoming adult, paid occasionally for his presence.

I knew of course all records mentioned here, otherwise I would not have been able to conduct academic lectures about him – starting from pre-Miles time of his cooperation with Donald Byrd and Eric Dolphy. Deconstruction into primary parts is not the only one specific feature of Hancock. Listening to his records from that time gets a different meaning and timbre as we knowabout the reality he faced at that time- modest housing conditions in New York, frequent problems with paying bills, recording studios, where musicians could not have counted on pages with written notes, when the only thing they could have taken for granted was their stellar intuition and creativeness; cars and planes which served them to reach places in the world where music was being created.

He tells us about inspirations, that one can find inspirations everywhere- on the street, in the calls of a fruit merchandiser, insinusoides created in secret laboratories; he says that musicis close to life, close to beloved persons included then in music works and their titles- like for instance his daughter Jessica and her toys.

Hancock in his autobiography describes the jazz circle of New York, his first patterns to follow, he writes about his friendships with musicians and about transformation of music, which has changed from music with audience sitting on the chairs to the more entertaining, dance music, about people being afraid of progress. He also describes backstage of record productions and how music studios work. He is also an activist in the field of racial identification and of culture. He was gaining more conscience in the time of civil rights’ movement or rather a radical revolt as it was when Martin Luther King, Robert Kennedy and Malcolm X were killed.

He emphasises things he considers more important than music, namely religion. He believes that at the beginning of everything was sound and he has chosen instead of the biblical version the Buddhist one- nam- myoho- renge- kyo. Although he is not convinced about sin and punishment rules, paradise and hell, he manages to describe descriptions in these terms, whiting about receiving prestigious awards and while staying drug addicted and not able to control his life.

During his 70 years life journey Hancock was changing his music style like a chameleon.

He proved to be able to deconstruct music into primary parts – like watches and toasters in time of childhood. He was flirting with avant- garde of Dolphy, with funky rhythms of black districts, he was entertaining himself with latest technologies like a kid with his toys. Cooperation with Davis seems to be the most important, which draws much of his attention.

Herbie is also the first jazzman who joins beats and bits. Something, which hardly manages to render a translator, who serves us “latino bits” and “bits 4 for 4”. The translator also mistook names of music intervals, which one could paraphrase with specific jockey saying of Shorter sitting his colleagues in his car- “You get in front and you get in black”it is not about the likeness of words black/back, but about the fact the Blacks were always directed to backseats.

Returning to Hancock. It seems that the complexity of his performance can marvel and frighten at the same time, it is sometimes a real cataclysm. To emerge with him into a music endeavour and not to feel terror one has to stay in the eye of cyclone in front of the preannounced hurricane. It’s the safest place.

Even if we don’t cry listening to his music and we don’t pray to one of gods and we don’t smile full of childlike joy in front of a vision of terrestrial paradise, we can move to the rhythm of his acoustic and electric works- and dance along that music. Together with dolphins. 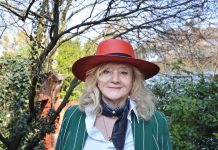 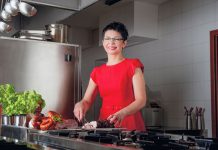