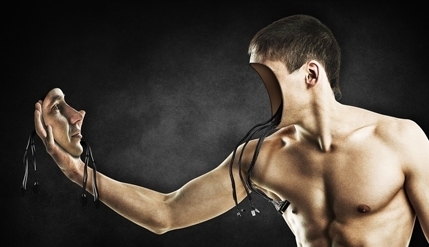 The great majority of people I meet are thinking whether e-sport (popularly playing games) can be called a sport – electronic sports as the name itself suggests. Since I am one of these persons who claim that sport is to do it instead of watching television, it has always played an important role (recreational one) in my life. It has not always been as important as I would wish (when there was time), but always meaningful. Sport is one of these things, which ensure the best experiences when doing it, and not only watching it (at most it combines doing and watching simultaneously). However, the question is whether we may have exactly the same experiences when doing e-sport? Are there any common features between a “real” sport and e-sport? Today I would like to focus on the phenomenon called a muscle memory, and more precisely on movement patterns, procedural memory and a “memory” that has a thousand of other names. In sport it is often confused with hypertrophy (growth in cells/muscle fibers) and hyperplasia (increase in the number of cells/muscle fibers). So what exactly is the so called “muscle memory”?

Muscle memory is quite a broad term, but we are going to focus mainly on the procedural memory. I will refer to it when talking about “muscle memory”. What is it? It is one of the types of muscle memory, which is responsible for intuitive and effective performance of the learnt sequence of motor activities. Thanks to this we learn how to walk without thinking about it, what movement to do in order go across the road that we are to walk. With the help of this memory we involuntarily put a key into a hole or a car ignition. Or we simply get dressed (in more interesting cases we get undressed). With this memory we are able to direct our quite limited capacity of consciousness to other activities than the ones we do permanently and we do not have to think them over every time. What is more important to us, we can use it to improve our results at sport and e-sport, and to increase our efficiency and effectiveness. In this article I am going to show you what it is and how we can train it.

To illustrate in the best way how our muscle memory works, I am going to refer here to one of my favorite sports I have done, namely the Olympic archery. It is not an easy sport and requires years of practice to have specific achievements (usually 5-6 years). One may think what kind of problem it is to hit a mat. However, everyone who has had an arch in his hands knows that in the beginning even if you use the newest achievements of technology such as a sight, stabilizers, compound bows etc. hitting even from 20m (even from 5m) at a mat of 120x120cm causes a lot of problems. Not mentioning a small point marked yellow, at the distance of 70m from us – where even a few milliliters of difference when leaning forward are a great distance on the mat. So how to give repeatable shots every time and stand in a similar position? Here we come up with a muscle memory, which is a procedural memory. It is responsible for remembering in our body certain moves, regular patterns of movements so that later we could repeat them without thinking (such as walking or riding a bike, and other activities that we supposedly don’t forget). By repeating many times exactly the same patterns, using exactly the same parts of muscles and by practicing the statics correctly, our body remembers in what situation we use the same parts of muscles in a similar way and whether it is a repeatable move. With the time it is able to do the moves correctly without thinking about them – eliminating this way the necessity to involve our thoughts in every little detail of the move, which eliminates all possibilities of mistake and anxiety. We start to do these moves automatically and like in the case of riding a bike, we don’t forget them with the time, assuming that we have practiced them well. We only need a small reminder for the muscles after a longer break and we are able to come back to the previous form. Therefore, it is important not to play silly during trainings, but to train regularly and do the exercises in the right way, and to avoid bad habits – they are difficult to be changed later. After some time we can shoot even with our eyes closed at long distances with a high degree of hit rate. With shorter distances it is even a regular training element.

Exactly the same phenomenon appears with every other sport. In weightlifting we achieve much better results when we pay attention to technique and with the time we don’t even think if the exercise is done correctly, we just do it. Many professionals often start exercises at the gym to stimulate the muscle memory with a lighter weight and only then they take heavier weights, not to forget the technique. The same can be observed in e-sport. It doesn’t matter whether the game involves using a mouse, a keyboard, both of them or a controller. The effect is always one. Surely many of us have had such a feeling when we changed DPI in a mouse, for example to a lower number, or when played with a new keyboard, we started to feel some muscle resistance (although the mouse was not heavier) or we felt much lightness and a slide (although the mouse was not slimmer). What was the reason for that? It was “muscle memory”. “We got used to” certain settings and with the time our body started to perform certain patterns. The muscles learnt what move exactly they should do and what pressure they should use in case a specific factor has occurred and we didn’t think anymore what move we should do when a certain player appeared at a specific place. However, if the mouse or keyboard settings have been changed and after performing that automatic move the arrow of our mouse has not been placed at the right figure and we had to make a bigger turn to reach it, our body felt resistance. This shows how this “memery” works.

Can you train the muscle memory to achieve better results in games? Yes and this is the difference between “a professional” player doing e-sport and an average player, who doesn’t play only to play, but to train the muscle memory. A very important issue is the frequency of trainings and the equipment we use for playing. It is important that the equipment and the settings we use were always comparable (just as in the archery, when we want to train the muscle memory, we don’t increase every minute the arch tensile strength, in e-sports we don’t play with the mouse DPI etc.) and the training frequency was high. As the archer spends 3-4 hours daily for 4-5 days per week training the archery (no matter the self-being or the weather) and additionally at weight lifting trainings, and a weightlifter spends usually 4-5 days per week at the gym, so do e-sport players spend on average at least 4 hours per day for 4-5 days in a week doing training. Often these are two 4-hour series per day, like in the case of such players as Fatal1ty, with breaks for a “normal” sport. It is not only entertainment anymore and it requires a good playing skills, concentration on the game no matter whether we feel like playing it or not. Back in the day, when being in the so called “Polish top”, for example with the game GunBound, in which a result depended on many factors (many options of force, angle, wind direction, delay, distance, force and angle of the shot, type of vehicle or gun), and there was not much time for thinking. There was no time to do detailed calculations. So here the muscle memory played its role. When training at that time 8-16 hours a day for 7 days per week (I did out passion then, not for the training), after a few years of playing I was able to hit almost every time the opponent without thinking for too long. In a game where even “the top” used the so called AimBots for targeting, I was able to win with those people not using the software. I just had it built in me (although many people accused me of having Aim). Here the player’s body becomes AimBot.

What can help us in training the muscle memory when playing games? First of all, using always the same equipment and identical settings. Of course with the time it must be changed, but this should not be done too often because every change requires adjustment to the new equipment. The mice should not be chosen based on DPI – just as many people do it. High DPI has no influence on majority of games and very often it is decreased with a program to the suitable one. A more important factor here is what sensor is in our mouse – the better sensor, the better quality, in either laser or optical mouse (personally I prefer the optical ones, but at present the laser mice are not much different) and the mouse should not have problems with the backwards acceleration. A well-adjusted keyboard (so as to use it comfortably) or a pad, if we use that one. Not many people know that, but FPS in a game might be of great importance (so also the graphic card), or even a screen refreshing. So we must remember to use equipment that is best for us to play, we should not change it too often and we should not forget about frequent trainings focused on the game! And then our muscle memory will develop in the right way. E-sport like other typical sport also requires sacrifice! 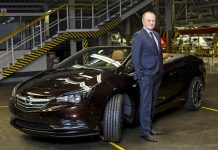 With the process of returning refugees and migrants from the Greek...