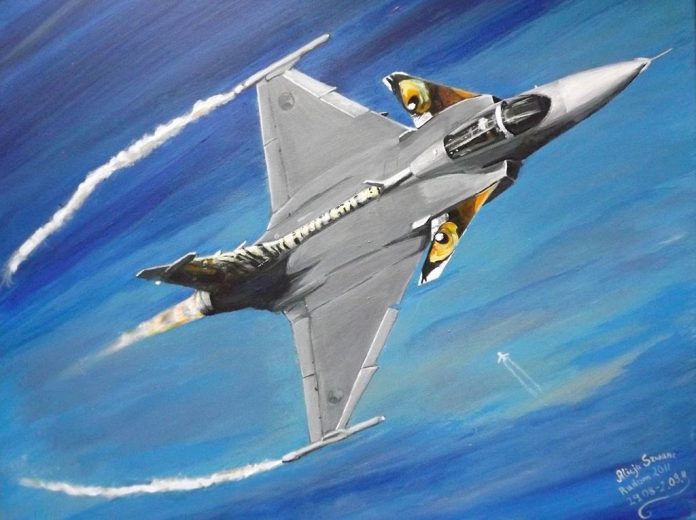 Why does a woman paint planes?

Beauty can be found in faces of people which we can see everyday in the streets, in clouds floating slowly in the sky or… in a military fighter jet accelerating on a runway.
The passion of flying, speed and unique charm of aeroplanes were reasons why they became the main inspiration for Alicja’s creative work. 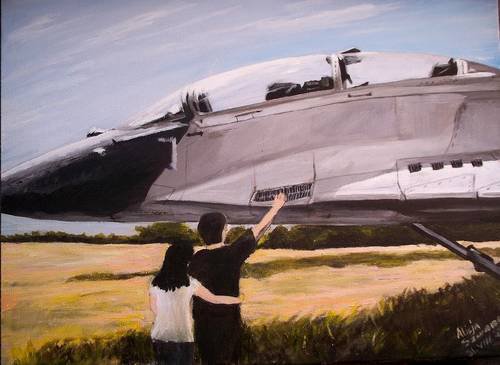 A 28-year-old girl has been painting since she remembers. My first artistic love was weather-she says. I was interested in all weather phenomena, especially those extreme ones like thunderstorms, tornadoes and hurricanes. I used to paint those very often– she recalls. The main sources of inspiration were surrounding nature, books and magazines. One day, I don’t know where from, a catalogue of Revell ( a company selling models of planes, ships and vehicles) appeared in my life. The girl liked some pictures and decided to try her hands in aviation. This soon changed into an interest and the interest changed intio a great passion. She didn’t realise, being 14 years old, that it was going to be a fascinating adventure in the future.

-Initially, I painted both passenger and military planes. She did not have any knowledge of aircraft’s power and possibilities yet. While she started attending arishows the situation was gradually changing. I remember the moment when I heard, for the first time in my life, the sound of jet engines of Polish F-16, Mig 29 and finnish Midnight Hawks. I fell in love immediatelly. It was Airshow Radom 2009. Still, it wasn’t her first airshow. There was a possibility to admire pilots’ abilities before, during an event at the airport in Katowice – Pyrzowice in 2003. However, it was Radom to reveal the real power of aviation

Since then, aviation art has become a real diary. Each painting is dedicated to a special and unique memory which stuck in mind and heart. Sometimes they are just several seconds long manoeuvers which, due to their dynamics, precission and grace, are remembered forever. She still remembers when Ukrainian Su-27 was performing a tailslide during the Airshow Radom 20013. A heavy machine flew almost vertically up in the sky to stop motionless for a while. Thousands of people admired this moment in complete silence.
-Those are things I want to focus on. Moments full of emotions, breathtaking manoeuvers and beautiful people. I have had chance to paint for great people, speak with pilots about their work, adventures and experiences and all those stories made me think how it is to fly and control such a mighty machines.

One can ask a question if it is possible to reflect those impressions and ideas in a drawing of a machine? I think, it is, and this is my main intention- to show dreams and emotions. Today, each work is a memory of atravel and countless aviation adventures.
Years passed and the amateur artist got to know more and more designs. She was amazed with aircraft’s shapes and manoeuverabillity. When we ask her about an ideal airshows she answers without any doubts:- Perfect show? It would include solos of Czech Grippen, Ukrainian Su-27, Polish Mig 29 Finnish Midnight Hawsk and a pair of German Tornadoes! 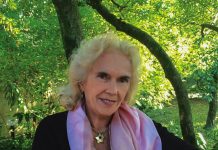 MAJEWSKI THE MASTER – A REMARKABLE DIRECTOR, WRITER, POET AND PAINTER