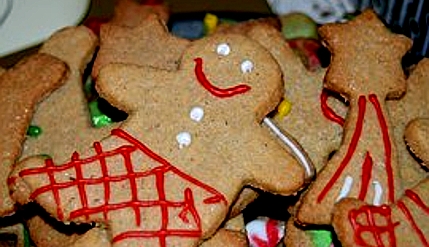 When outside the window is slob, gray and gloomy are making us happy celebrated in this period of time holidays and customs. In particular, the December celebrations are nice for our heart. The time of Advent prepares us for the birth of little baby Jesus in Bethlehem, and makes waiting for the celebration of Christmas pleasant. Children at this time are going with colorful lanterns to the church on a special mass, which is preparing their hearts for the birth of Jesus. December 6 for children is a special day, because children receive presents from St. Nicholas. According to the legend, he was the bishop of Myra, located in the south of Asia Minor, and he donated gifts for the believers.

Christmas is magical and it seems that time stops in place. During this period, people are nicer for each other. The feuds and disputes are ceasing, and smile is a frequent guest on our faces. Christmas is a family event. On Christmas Eve, after the appearance of the first star in the sky, we sit at a table full of delicious dishes, traditionally twelve. We share the wafer and we say greetings. After dinner, accompanied by carols we unpack gifts placed under the Christmas tree, and at midnight we go to midnight mass.

In every corner of the world the holidays are celebrated differently and for different nationalities they have different meanings.

In Italy, Christmas time is from December 8 to January 6. The houses are decorated by poinsettias, Christmas trees and creches. On 24 December after midnight mass have a place a festive supper, on which are given fishes, salads, fruits and sweets. Common habit is also walking from house to house and watching cribs. Children are receiving presents from Santa Claus, as well as from Epiphany witch who is fruitlessly searching for Jesus in Bethlehem and is giving gifts to children which were intended for Jesus.

In Indonesia, the Christmas is the beginning of a new better life, so Indonesians are preparing for it with great care. To greet a small Jesus they buy new clothes, they sing Christmas carols, they are dancing. It also has place regional shepherdess, where on the end of it the Indonesian leader welcomes Jesus with rooster and palm alcohol. Local people in opposition to our sharing of the wafer visit each other and communicate to each other the sign of peace, which is called the turhami strength.

The most beautiful celebration in India is Diwali (festival of light). For Hindus has the same rank as for us Christmas. This year was celebrated on 11 November. This date is moveable and falls at the end of the monsoon season in India. Usually it lasts for 5 days. It begins with a prayer, the festive breakfast, followed by a procession through the streets with a statue of the goddess of fortune and prosperity Lakshmi. The buildings are adorned with olive lights called dipa. After dark there are fireworks. People spend this time with family by feasting and giving gifts, usually sweets.

The lights holiday so-called Hanukkah is also celebrated by the Jews in Israel. It lasts eight days and falls in December. It is celebrated by lighting a candle holder with nine arms called hanukkah. The first arm candelabrum called the shamash which means servant, used to launching further arms. Every day another arm is lighted so that on the last day of Hanukkah all arms are burning. It is a family holiday. To the children are given gifts. On the table cannot miss the donuts (sufganijot), pancakes with cheese and potato pancakes known as latkes.

In Mexico, Christmas celebrations begin two weeks before ChristmasEve. Mexicans tend to dress up as Joseph, Mary and Jesus. They are wandering from town to town in search of accommodation. During this time are taking place processions through the streets of the cities. Children diversified this period by playing in the pinata. The game consists in breaking placed on the tree pitcher filled with candy. Not only this custom is entertainment for the inhabitants of Mexico. On 23 December at the square Zocalo in Oaxaca is celebrated the night of radishes (Noche de rábanos). It is an agricultural festival. At that time they are presented sculptures carved in radishes and showing all what the artist wants to immortalize in them together with the birth of Jesus in Bethlehem. 24 December at midnight in Mexico begins with dinner, on which is given local delicacies such as fish soup with meat dumplings, roast turkey or fish with potatoes and cream.

In Australia people most often spend Christmas in parks or campsites. Houses are embellished with a Christmas tree, candles, electric lights. Typical Australian glass baubles are decorated with images of bilbies, koalas and king parrots. Popular are also statues of St. Nicholas dressed in shorts and pulled with sleigh by 6 white kangaroos. At Christmas are eaten roasted meats and vegetables, fruits and pudding, in which the coin is hidden. Whoever finds it will have good luck throughout the year. More often people spends Christmas with a barbecue on the beach or have a picnic in the park, where are served cold cuts and seafood.

I wish you all happy and warm Christmas filled with calm, regardless of the place in which we are going to spend it. I wish also that this time will be free of any misunderstandings and that everyone can be safe and enjoy the presence of loved ones. 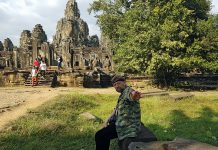 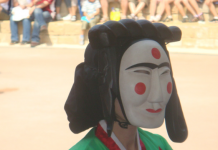 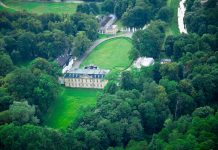