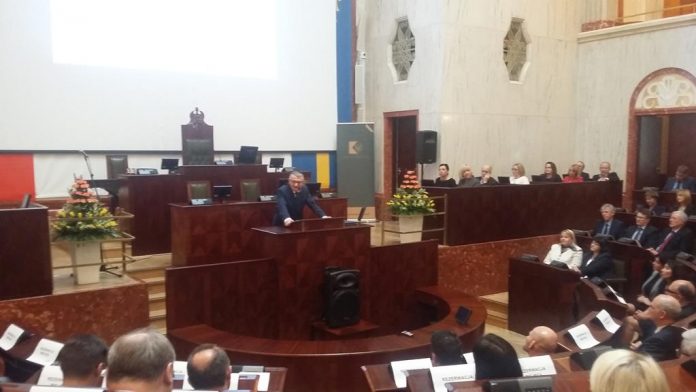 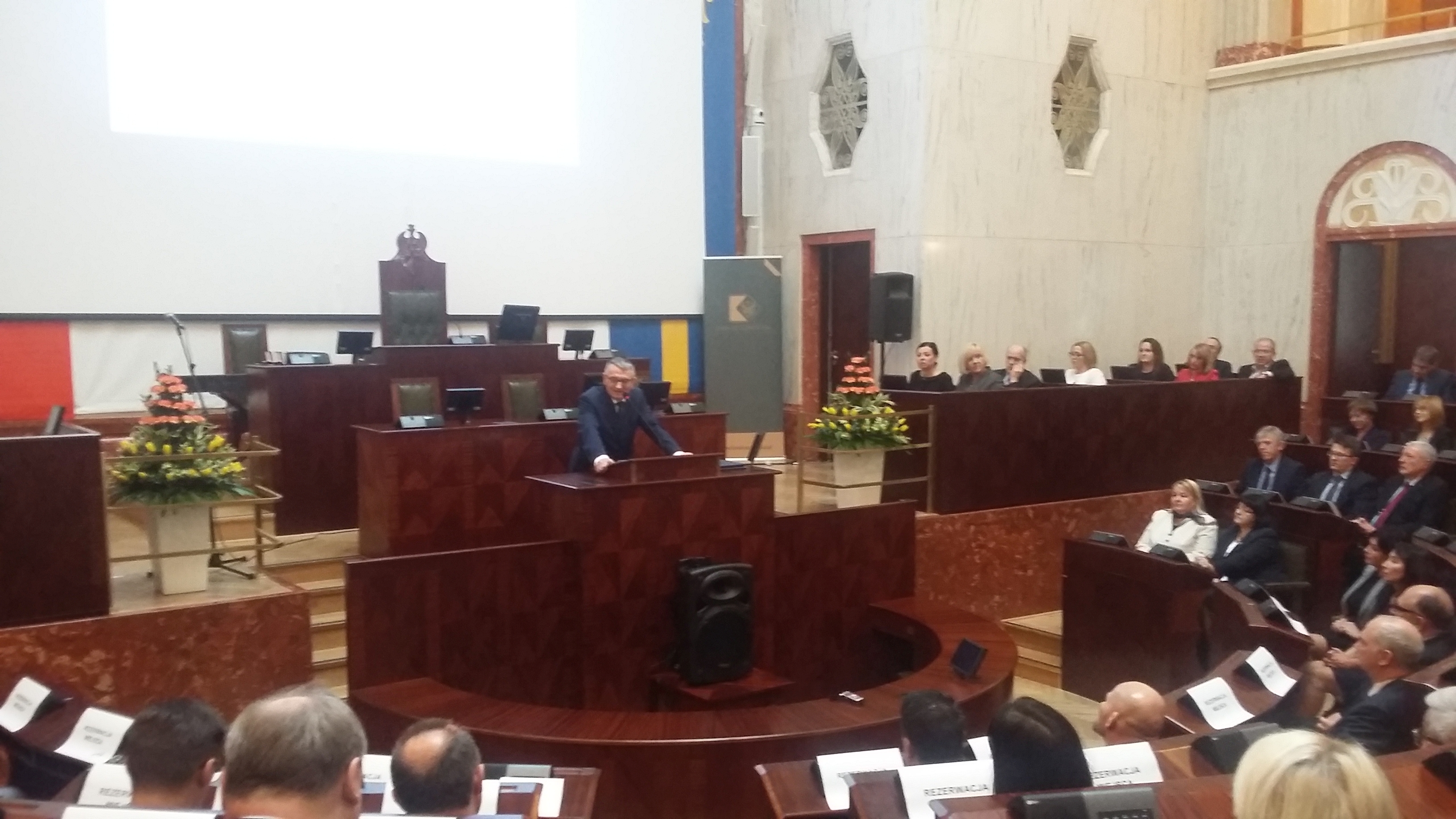 Andrzej Konieczny has been the member of the Voivodship Management for the Environment and Water Balance Protection Fund in Katowice, and he has been the Chairman of the Upper-Silesian Fund for five years. When he was young, he wanted to manage people, therefore he got solid education in law and economics, and he went through all career levels in banking, starting with an inspector position. In private life, he is a husband and a father, and continues to develop his passions, although it is not easy with so many professional duties.

The Chairman Andrzej Konieczny while giving a speech at the 20th anniversary celebration of the Upper-Silesian Fund activity.

He never had problems with learning. Initially, he dreamed about the Polish philology and wanted to write plays. When he was a teenager, he read all dramas that were available at that time, he was particularly fascinated with the Shakespeare’s works. In the last grade of high school he decided to study law, so he graduated from the University of Silesia with a specialization in the civil law. When learning by heart many acts of law, he trained his memory so that now he rarely needs to use notes while speaking in public.

Later he studied accounting at the Warsaw School of Economics (SGH), which turned out to be really useful for the job position of the financial executive in banking or in supervisory boards.

Getting experience and achieving professional successes

Andrzej Konieczny has gained experience in finance management by working for different banks for many years – he worked the longest for Pekao SA at the executive position at the branch in Katowice, but also among others for Bank Pocztowy or Bank Przemysłowo-Handlowy. This way he has gained broad knowledge about financial tools management. – I have had different job positions, I have climbed all the career levels in banking starting with an inspector post – he recalls.

At the weekends Andrzej cooks for his family and friends, especially Italian dishes, which he got to like during his frequent trips with the family to sunny Italy. He also studied the language of that country. When he has time, he does winter sports such as skiing or skating. Sometimes he goes roller-skating as well. It is really relaxing and gives energy. He supports Real Madrid.

The Chairman Konieczny has remained faithful to his reading passion. In free time he reads contemporary literature and books on history and economics. The daughter is also into reading. She is about to finish a middle school and start a high school in Katowice, maybe just like her father, she will also study law.