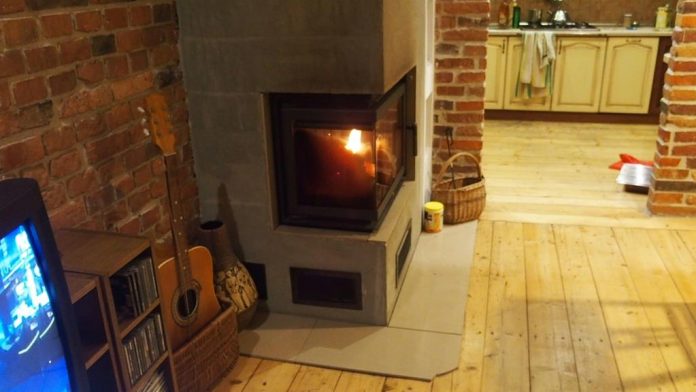 It was worth it

Anna, in her late forties, but still an attractive and elegant woman, engineer, mother to a daughter and a son. She has changed a beautiful apartment for an attic to help her husband with financial trouble. At the new place she has created real home where one can talk openly while having a delicious dinner or sitting at the fireplace.

Her husband ran a company for many years, but when it stopped being profitable and got into serious financial trouble, Anna tried first to provide for her family by running own advertising agency, and when they got into a tight corner, she decided to sell their beautiful apartment of 120 square meters, which they had bought on credit in francs. This way she decided to get rid of the burdensome loan and to pay off the husband’s debts.

She found out that the city office wanted to sell an apartment of 50 square meters in the attic in her town house. As no one entered the first bidding, there was a chance for Anna to buy the place for 50% of its value. Unfortunately, a competitor appeared out of the sudden and bid the price up by 30% – I could have resigned at that stage, but I took the risk – something told me to bid the price up. From the very beginning I had an idea on how to change that dumpy hovel into a cosy apartment – she recalls with a smile. – When I won the bidding, I started to worry where to get the money from. I had to pay for the apartment within two weeks, otherwise the advance payment would have been lost.

Anna found out about a favorable mortgage credit with a bank and fortunately she got it on the new apartment with a 20-year payback time, including also the money for a partial renovation of the apartment. – I wanted to have the lowest installments, but a credit for 30 years seemed to be too abstract considering my age – she laughs. I have a chance to pay off the installments in 20 years – she says firmly. A few days later the first works started. In the meantime she looked for contracting partners among construction companies and she buys the necessary building materials online as it’s cheaper.

The devastated apartment was cumbersome because it was located in the suite of rooms, Anna decided to knock down some walls and build others. She had the plaster hacked off to bring out the charm of the historical town house – brick walls and wooden roofs. She knew already where to build the dream fireplace in the future. She managed to rent several square meters more of the attic, which is perfect for the son’s room.

On the one hand she was glad that the financial problems were close to being solved, and building a new family nest made her really happy, however the problems still did not make her sleep well. – It was hard when I had two apartments and two mortgage credits at the same time – she recalls. – My husband was sceptical about my ideas, his male ego did not let him admit his professional failure and the necessity to move out. Grzegorz started another business activity and often went on long business trips. Anna’s parents asked why she got the new apartment since she didn’t sell the old one, but they supported their only child not only with a good word – they invited her children to dinner and often gave them high pocket money. However, after some time they informed the daughter about making the will under which they signed everything over to the grandchildren because Anna seemed to be the same irresponsible as her husband. They didn’t like it that their daughter made irrational financial decisions instead of multiplying the family possessions.

This lack of trust from her own parents made the woman feel really sorry, but fortunately, she didn’t have much time think about it. Together with a friend she ran the company, and she practically took care of the teenage children by herself. The daughter had health problems, and the son was going through a turbulent maturation period – he could not accept that his father was away from home so often. In the past, they went skiing or cycling together, or they just had a delicious meal because mum was the master of cooking and they talked about life. The boy started spending more and more time at the gym or basketball trainings, and when he got a serious knee injury, he didn’t want to get out of bed and problems at school appeared. Anna called him every morning from work and she asked if he got up, and if he would manage to the most important classes. The teenager got over it only when he had to repeat the year, but then he really started learning because he planned to get to the university to study physical therapy. The daughter took the maturity exam at that time and she was admitted to English philology in spite of a surgery she had done on intestine in the last grade. She also started earning money by giving private lessons to children.

Anna, as usual, didn’t give up, she put a banner out the window with a notice that the apartment was for sale, she cancelled the agreements with royal estate agencies which didn’t succeed in selling it and she posted information on the Internet. After a few months, a married couple with a small baby and another baby due decide to buy the apartment under the condition that Anna moves out in one month so that they could do the renovation before the child birth. Obviously, the woman agreed on all the conditions, and even on a bit lower price she had expected. Finally, after some problems with a middleman who tried to take financial advantage of the woman’s difficult situation and to deceive her on quite a high sum of money as well as other problems, without her husband’s support, she managed to sell the beloved apartment. The husband watched the professionals in spare time so that they kept the deadlines, but he complained he was losing his earnings in that time, however when he saw there was no choice and his wife would not step back from selling their beautiful, big apartment, he accepted the new situation, but wasn’t present when the family was moving out. The date of moving was approaching together with helplessness and loneliness, lack of strength and idea on how to move with all possessions to a new place, but friendly and supportive people helped the family in that difficult situation. After a few months of no interest, the husband pulled himself together and came to the new home, he helped with further renovation, he did tiling and together with his wife he painted the walls. They managed to adapt the old kitchen into a smaller one and they had an idea to put a fireplace in the spare space, something they had always dreamt about.

It took them two years to finish the renovation and rebuild the family relations. In the first year Anna, for the first time in her life, went on holiday to the seaside alone. When walking along the beach, she was thinking which way to choose after 20 years of marriage. Grzegorz didn’t want to come with her, he didn’t agree for his wife to pay for holiday when he couldn’t afford it, but could she imagine her life without him? She decided to wait and see what would happen. Fortunately, in the next months her husband’s new company started bringing first profits, and he regained a sense of his self-esteem. Anna told him about all those doubts when in the next year the already grown up children went out to their own New Year’s Eve party, and they for a change stayed just the two of them in front of the fireplace, which Grzegorz built himself before Christmas. With a glass of wine they talked about memories from the past, watched the photos and together made dreams, not only about holiday … 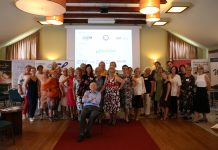 We embrace contradiction, we trust everyone, we change ourselves 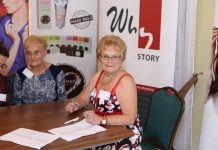 She had always dreamt about own home and house so she...